The new Jaguar I PACE all-electric crossover will start at $70,495 when it goes on sale in the U.S. in the second half of this year.

That’s including  the company’s standard $995 handling and destination fee. Most ads you’ll see will cite a $69,500 base price with a little asterisk directing you to the fine print about the fees – standard practice in the auto business.

The top-of-line HSE model will start at $81,495 with handling and destination charges. 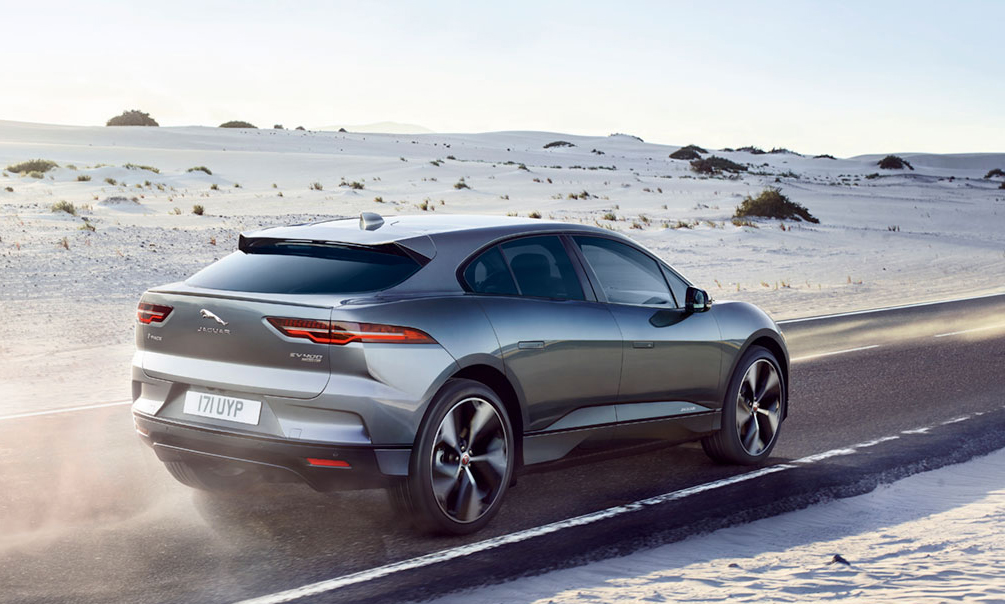 That’s before incentives, though.

The Jaguar I PACE, which promises 240 miles of range on a single charge, is a small, sporty SUV-styled crossover.

As befits its Jaguar luxury car status, the I PACE is priced well above the 238-mile Chevrolet Bolt and the upcoming Kira Niro and Hyundai Kona crossovers. It slots between the base Tesla Model 3 sedan and the base Model X crossover.

The Jaguar I PACE is about the same overall length and width as Tesla’s Model 3, but is taller. At 51 cubic feet with the rear seats folded, the five-seat I PACE claims nearly the same cargo space as the Chevy Bolt’s 56 cu-ft.

The Jaguar outpaces all of its competitors with 200 miles or more of range, however, when it comes to horsepower – 394 ponies – and torque – 512 lb-ft. (Note: The Mercedes-Benz 2019 EQC electric crossover, announced after the Jaguar, will come to market with 402 horsepower and 564 lb-ft.)

The I PACE also comes standard with all-wheel drive, thanks to independent electric motors on the front and rear axles.

It has the largest battery of the bunch, 90 kilowatt-hours, and that helps make it the heaviest. The I PACE tips the scales with a curb weight of just over two tons, so all that battery capacity, torque and horsepower will be put to good use.

Jaguar likely is hoping to lure away customers for the Tesla Model 3 sedan and, perhaps, the larger and pricier Model X crossover.

And on the incentive front – Tesla is expected to hit the magic 200,000 sales mark this year. That’s the point at which the federal tax credit for its cars starts tapering off.  Tesla’s tax credit (but not state incentives) is likely to be  gone as soon as the end of 2019. General Motors and Nissan are next in line to hit the limit although probably not until sometime in 2019. No one else is close.