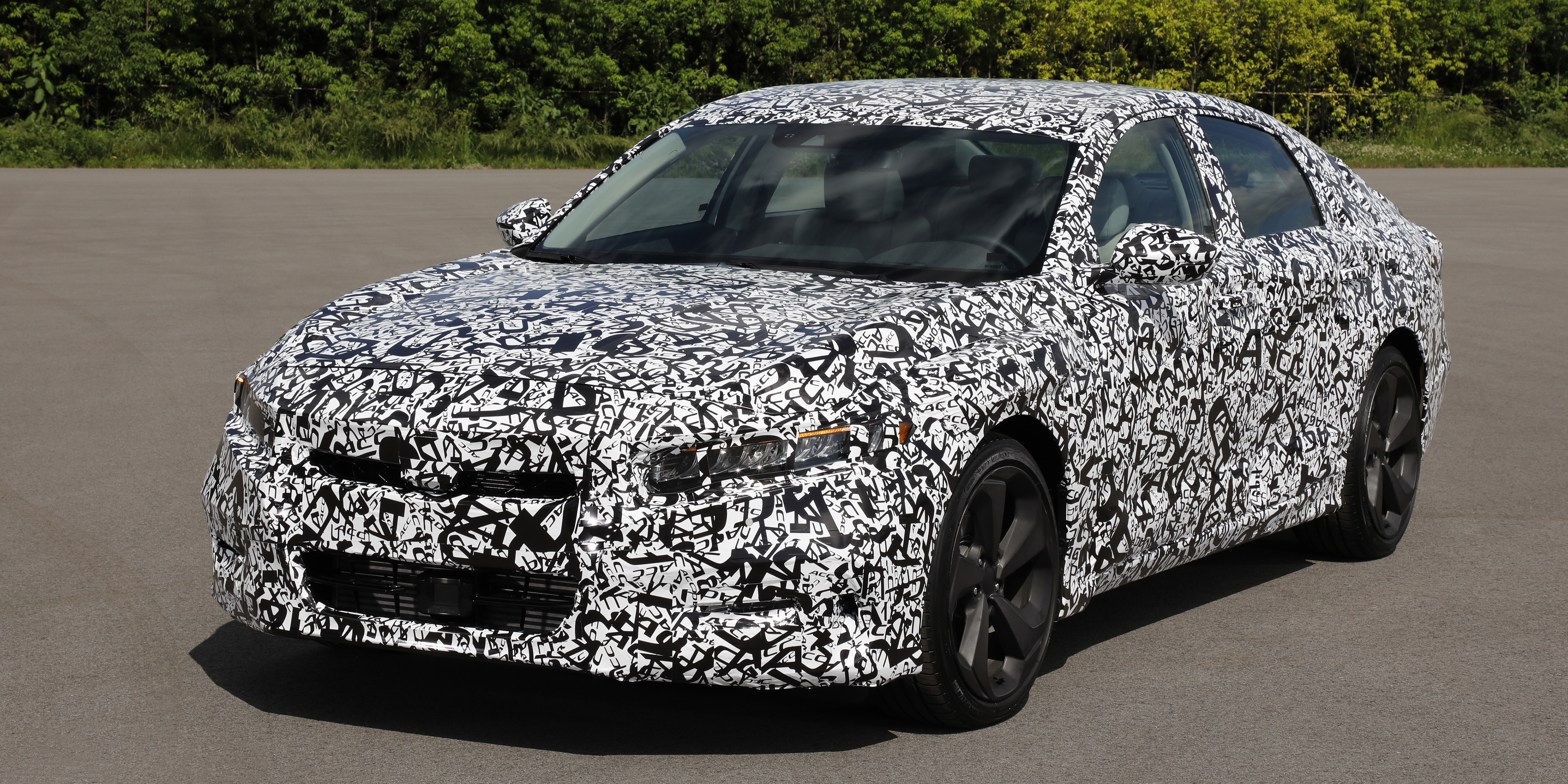 Honda is slated to unveil its redesigned Accord next month, including the 2018 Accord Hybrid with a “next generation” update of the two-motor hybrid system first launched in 2013.

Honda says it will unveil the redesigned Accord next month, including the 2018 Accord Hybrid. Sales of the the five-passenger sedan, which competes with Toyota’s newly redesigned Camry, will begin in the fall.

The new hybrid system should bring a bump in the 2018 Accord Hybrid’s fuel efficiency and, perhaps will serve up more power as well, versus the current model’s 48 mpg combined (49 city/47 highway) and 212 hp.

The company says the 2018 Accord will be lower and wider than its predecessor, and its teaser photo of a camouflage-clad 2018 prototype appears to show a more sweeping “fastback” design to the sedan.

That’s pretty much in keeping with the design language shown with the Honda Concept C displayed at the Beijing auto show a few years ago.

The 2018 Accord and its new engines and transmissions all are being produced at various Honda plants in the U.S.

The official unveiling date is July 14.