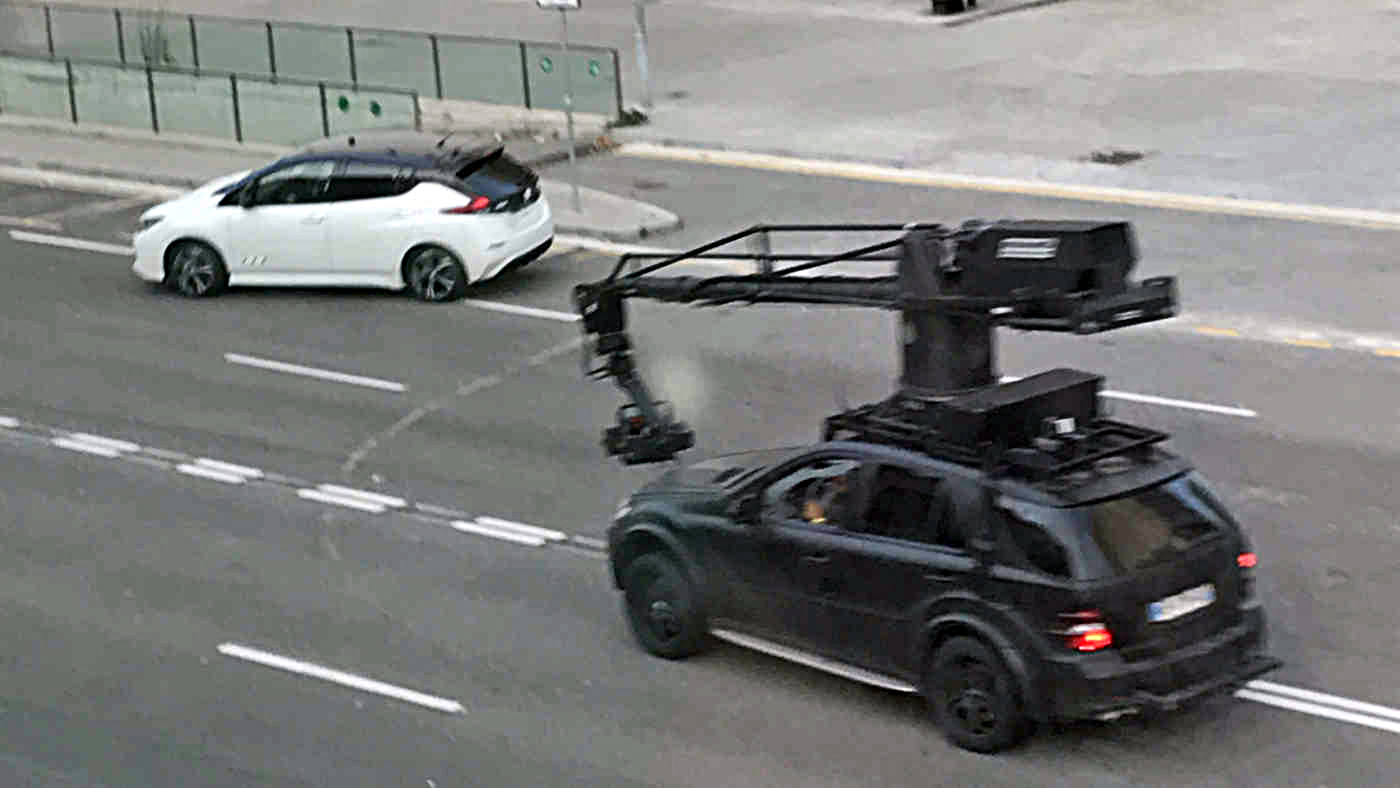 We’ll see it officially on Sept. 5, but the redesigned 2018 Nissan Leaf appears to have made an unscheduled debut during a photo shot in Spain. If the shots that are floating around indeed show the 2018 Nissan Leaf, then it appears to have taken a lot of its styling from the new Nissan Micra hatchback unveiled at the Paris auto show last year.

While Nissan won’t confirm or deny, it released a teaser video clip today (at bottom of article) that boasts of the new Leaf’s improved aerodynamics and shows a line-drawing profile of a car that closely matches the profile in the first of the spy shots below.

The new shape will help improve the 2018 Nissan Leaf’s range, which is expected to top the 200-mile mark in at least one trim level, up from an EPA-estimated 107 miles for the present generation Leaf.

The spy photos were shot by an alert tourist who captured what appears to be a 2018 Leaf, sans disguise, being followed by a vehicle with a boom-mounted remote camera. The shots were dispatched to Norway’s TV2 motoring program, Broom, which posted them on-line the other day.

Without further ado, here are the 2018 Nissan Leaf spy photos, with a Micra and a current-generation Leaf tossed into the mix for comparison purposes:

And here’s that short video, released by Nissan this morning, providing an outline of the 2018 Leaf’s profile. The car in the spy shots appears to be a match.

Updated Aug. 7, 2017 to change date of  North American reveal of next-generation Leaf to Sept. 5  to correct for time difference vs Japan, where reveal is Sept. 6.