Mustang, F-150 and Autonomous Car Hybrids are in the Mix 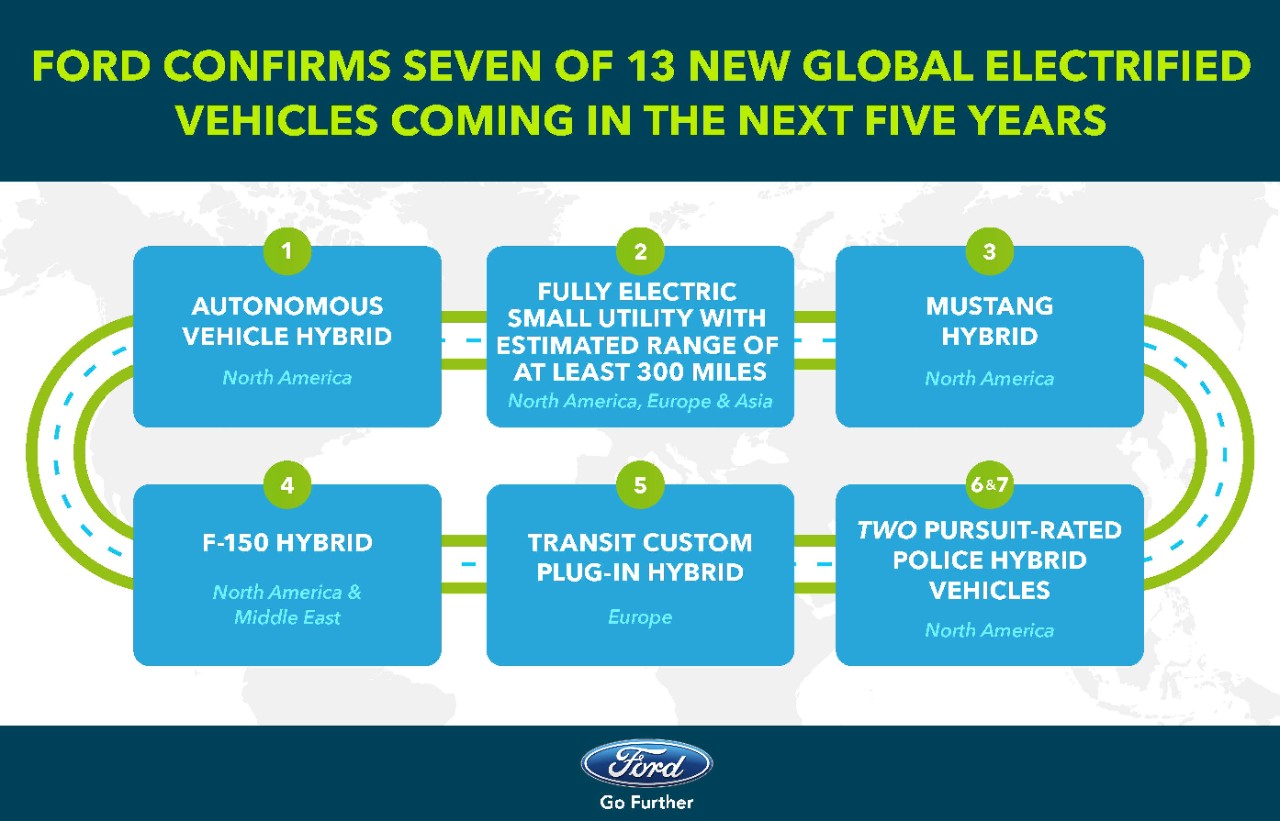 Ford Motor Co. plans to add 13 new plug-in electric and hybrid models to its global lineup by 2021, including the first hybrid Mustang sports coupe and the best-selling F-150 pickup. A hybrid autonomous car for the commercial ride-hailing (think Lyft and Uber) or ride sharing markets also is on tap.

The automaker’s announcement shows that it is not worried that demand for fuel efficiency and alternative fuels will suffer much under the Trump Administration – even though the president-elect has been decidedly anti-environmental regulation and supportive of the traditional fossil fuel industries.

Many of the electrified Ford cars and trucks will be built at the company’s Flat Rock assembly plant in Michigan. Ford recently announced a $700 million investment in upgrading the aging plant to handle the new electrified models.

In all, Ford said, it intends to invest $4.5 billion globally in vehicle electrification.

If you’re interested in purchasing a vehicle in Ford’s latest lineup, perhaps you can check out the Conklin Ford dealership.

Fields said the company believes that the number of electrified vehicle models offered for sales globally will exceed the number of gasoline-powered vehicles “within the next 15 years.” Used examples of Ford’s existing lineup can be found on websites like Zemotor.com, which also hosts listings for car sales of fully electric vehicles like Teslas too.

The company provided details of seven of the 13 new electrified Ford models it intends to offer: